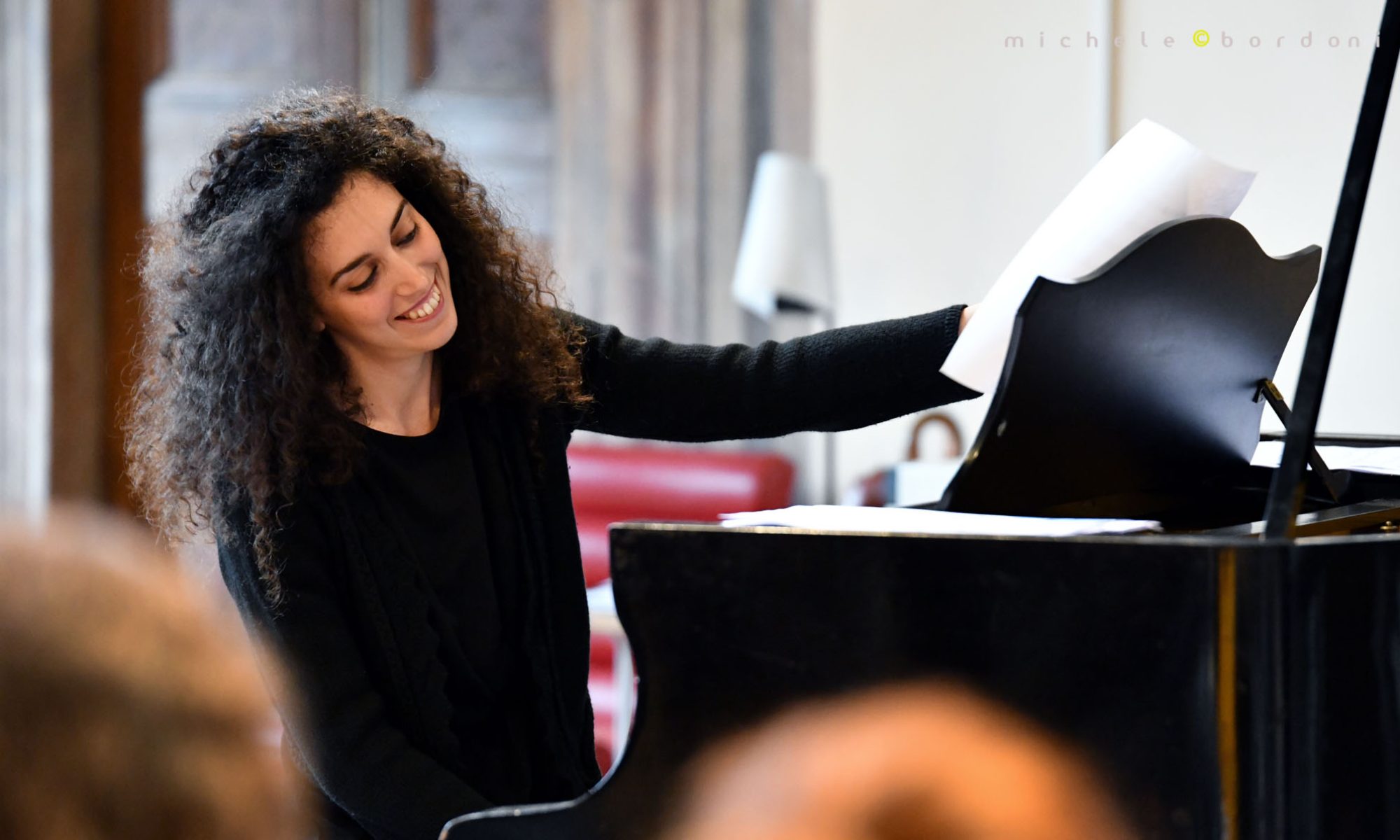 Eugenia is the founder (2016) and piano performer of jazz “Thetis Trio”, which has produced original projects and records as “Bolinhas” (2017) and “Plus (2020). Since 2018 Eugenia has a stable chromatic harmonica-piano duo with Max De Aloe; she has also played with Paolo Tomelleri, Nicola Stranieri and, since 2019, she has been director of the Maxentia Big Band and of the “Magenta Jazz Festival”.

During her training she attended chamber music courses held by Maestro Masi in Lucca and Florence, as well as at the Conservatory of Italian Switzerland in Lugano, under the guidance of Maestro Mario Ancillotti. She is also the winner of the “Master of Musical Talents” scholarship organized by the CRT Foundation of Turin.

She has a stable duo with the violinist Pirro Gjikondi, with whom she tackles the great romantic literature for violin and piano and carries out research activities in the context of less explored repertoires: in February 2019 the duo undertakes a work to recover part of the chamber production of Felice Lattuada, performing for the first time the “Romanza” for violin and piano and also promoting the dissemination of his piano works. This research project was presented at the XVI Convegno Internazionale di Analisi e Teoria Musicale (International Conference of Music Analysis and Theory) by GATM in Rimini on October 30th, 2021 (https://www.gatm.it).